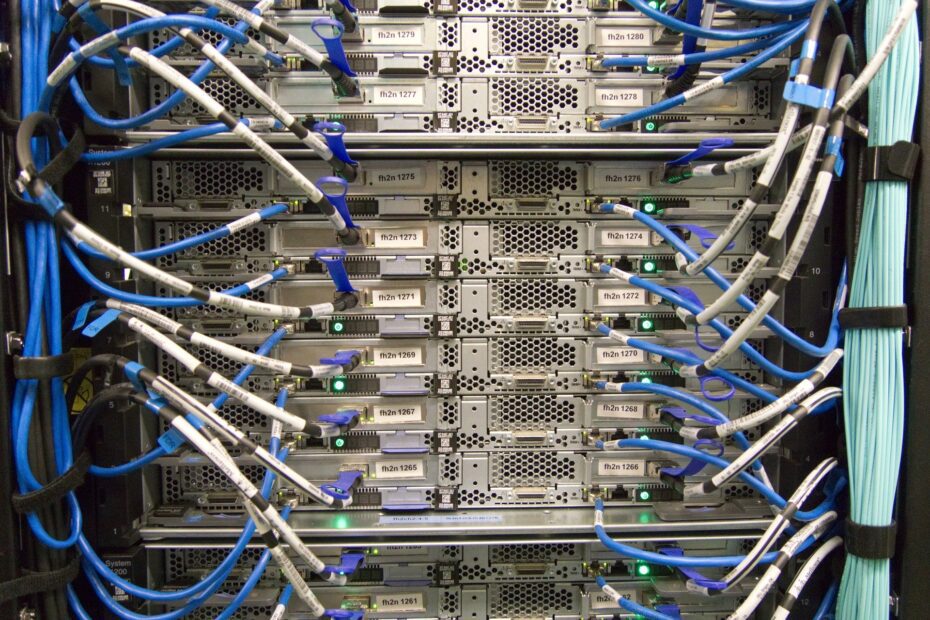 In reality anyone can be a bitcoin miner. Miners are essential due to the nature of decentralised networks where they have no delegate tasks and bitcoin needs some kind of system to prevent any forms of network abuse.

For example, an attacker may make thousands of peers and spread fraudulent transaction, this would disrupt the system immediately.

To be a miner, you’ll need to solve cryptological puzzles which are a set of very complex mathematical questions devised by Satoshi Nakamoto himself. Should you successfully solve the puzzle, as a miner of bitcoin you can build a block and add it to the blockchain. The miner is rewarded with permission to add a transaction to the system which also rewards a specific number of bitcoins.

The rewards are only generated if a miner successfully solves the cryptographical puzzle. The difficulty to solve the puzzle is increased with the amount of computing power that all current miners invest.

Sometimes you will get what is know as a stale block, this is where you solved the block but so did someone else and they submitted it to the blockchain before you could. This happens to everyone, it’s a part of mining so we have to get used to it.

Satoshi Nakamoto set the maximum amount of bitcoins to ever be made at 21 million coins. He estimated the reward would halve every 4 years, but that timeline has accelerated.

Back in the beginning you could mine Bitcoins on a CPU with software, now the only realistic way is to use ASIC devices and then only within pools rather than solo. Solo mining now days is cutely called Lotto mining.

Bitcoin has been in the news a lot nowadays, and its current price is a source of interest to a lot of people around the world. A few years ago, many people labelled Bitcoin as a scam, but now it is seen, along with other cryptocurrencies, as the future of money.

What is Cloud Mining Bitcoin?

Seems like every day something’s moving into the cloud, generally a cloud service is where you are using a resource remotely.

Rather than using your own equipment to mine crypto currency such as Bitcoin, you buy a contract to use the equipment of a provider, thus is termed as cloud mining.

As a service you don’t need to install or directly run any hardware or software. This is a great benefit as mining causes alot of heat and noise.

Now the majority of mining solutions handle the entire process and you can withdraw the profits from your account into your own wallet.

There is however at least one which allows you to use your cloud mining on a mining pool of your own choosing, however people tend to call that renting hashing power rather than cloud mining.

Most of the operations are in large data centres which are purpose built to be mega mining farms, done in such a way to reduce power consumption and minimise maintenance.

The cloud mining company is responsible for the maintenance of the equipment.

You lease the hashing power and in return you get a percentage of the block reward.

Effectively as a cloud miner you’re a participant in a mining pool, you buy hashing power and you earn a pro-rata share of the profits proportionate to the amount of hashing power you rented.

With a mining firm, you can open an account, purchase a package and view your profits from a dashboard within your account.

Depending on the package you buy it will allow you to mine particular coins such as BTC (Bitcoin). Your profits generally are what is mined less a maintenance and energy fee.

How is Cloud Mining differnt from buying crypto?

Now when your buying cryptocurrency, you know how much you’ll get in return for what you’re paying.

But with cloud mining, you only have a predicted return, depending on the price of the particular coin you could come out ahead or make a loss.

There are other things which can affect your profits, such as increased costs (electricity/maintence), increased difficulty to mine a block or reductions in block rewards.

So when cloud mine began it was true that they only clouding mining bitcoin (BTC), however as time’s moved on Bitcoin is not always the best to mine plus customers demanded more coins.

So now days you’ll be able to mine Etherum, Litecoin, Doge Coin and others.

Services like Nicehash, actually mine many different coins and use exchanges to turn them into Bitcoin. The service mines the most profitable coins at a given time and allows miners big and small to participate.

With an open market plan to buy hashing power picking your timing can effect your profits.

Something the bare in mind is that all coins have increases in Difficulty, Reward Reductions and possibly Forks, all of which can change value both in a positive or negative way.

For Hosted mining, a customer purchase or leases mining hardware which is kept at the company’s facility. The company is responsible for maintaining the equipment. The economy of scale within the farm ensures that costs are as low as possible for things like electricity and storage. As a customer you have direct control over your cryptocurrency. However, with this form of cloud mining there is a considerable upfront cost.

For Leased mining, a customer leases hashing power from the company, as a customer you get a share of the overall profits. This is far cheaper than hosted mining.

Are you wondering what the difference between pool and cloud, we’ll lets start with what’s the same;

With this type of mining, you will be using your own mining equipment, you will setup your equipment to mine at the 3rd parties pool.

So, you need to look after the maintenance of the equipment, pay the running costs such as electricity, keep the equipment sufficiently cooled, ensure there is a constant internet connection, security and deal with the heat and noise.

Being part of the pool, you will earn a share in the rewards based on your contribution.

Doing things this way you are investing in the 3rd party, all you do is make an account, fund this and withdraw your profits.

The company will use the money to deal with all the things you would have under pool mining. You will either be renting equipment or hashing power.

The company takes their cut and then shares the rest with it’s customers.

Pro's and Con's of Cloud Mining

Cloud Mining and the Future

Cloud mining is essential to the bitcoin community, for the foreseeable future there will always be a demand for Bitcoin hashing power.

For most people using a cloud mining company is far more cost-effective than owning your own rig.

Even those with their own Rig, purchasing more hashing power can increase the rewards you’re getting from the mining pool.

Given these things, Cloud Mining is here to stay for as far as we can see.

What problems does cloud mining attempt to solve?

For most miners the most important issue is they are too small to be profitable. By providing the individual the ability to lease or purchase from a 3rd party cloud service provider, means anyone from anywhere can use a remote datacentre with shared power to earn Bitcoins.

With the cost of a Mining Rig or ASIC being out of the reach of most, this stops them participating in a mining pool. However with the cloud company investing in the equipment, all an individual needs is a smartphone, tablet or computer to check their account.

Not only does this remove the financial barrier, but also removes the technical barrier. No need to understand the software or information required to setup in a pool or downloading the blockchain.

Another of the biggest costs, is the electrical running costs, for most countries the electricity costs are so high, mining is unprofitable. With cloud mining, the company often uses renewable or cheap energy to make mining profitable.

Unlike the initial cloud solutions it’s now possible to mine more than just BTC, ETH is becoming more common along with the likes of LTC and DOGE. Depending on the platform your using, it’s sometimes possible to swap coins to what is the most profitable at that time

Things to consider on profitability

When you look at the various deals on offer, things you need to take into consideration are;

* Depending on the contract, sometimes it’s in the purchase price and others it’s a reoccurring fee such as daily

** The ROI is often calculated with static figures such as the difficulty level and fees. Other things which will alter your ROI is BTC price.

Something to bear in mind is everything Crypto comes with a risk, much like gambling, never use what you can’t afford to loose or borrow to fund.

So, cloud mining has a bad reputation, as there have been a great many fraudulent websites setup pretending to be cloud mining. To minimise the risk only work with reputable companies.

Most of the cloud mining scams are effective Ponzi schemes, initially paying out to give the impression of legitimacy, and then one day disappearing with everyone’s invested crypto.

Now scams will often purchase lots of advertising and flood forums, news sites and subreddits. Legitimate once tend not to advertise as business comes to them.

Here is what a lot of the scams look like; most tend to use a variation of this standard theme, it looks nice and professional but you’ll soon learn, you can’t withdraw until you invest and then before you can withdraw your investment, it disappears along with your cryptocurrency.

All of these companies have been around for many years, have consistently paid and have verifiable evidence of their companies and mining operations. Yes, there are other operators but they are either constantly out of stock (Hashflare), don’t have verifiable legitimacy (DualMine) or are closing down (EoBot).

Pool Mining, Rent Hashing Power, Hash to Pool of your choosing. Mine the most profitable coins automatically exchanged to Bitcoin.
Sign Up Here
Rent

Partnered with big name providers such as BitFury to lease hashpower to customers. Demo mode to see possible earnings.
Sign Up Here

Well established mining company, trusted by many, use code TqXSMD for a 3% discount on any purchases. Many packages to suit all pockets.
Sign Up Here

Cloud Hashrate, Cloud Hosing, Hashrate Marketplace, plenty of options for serious investors with prices to match.
Click Here
Mining Crypto – So many ways to mine
Cryptocurrency Wallets
Mine Bitcoin With Your Browser CrytpoTab
Stakecube Staking an Alternative To Mining
Tags:Cloud MIning