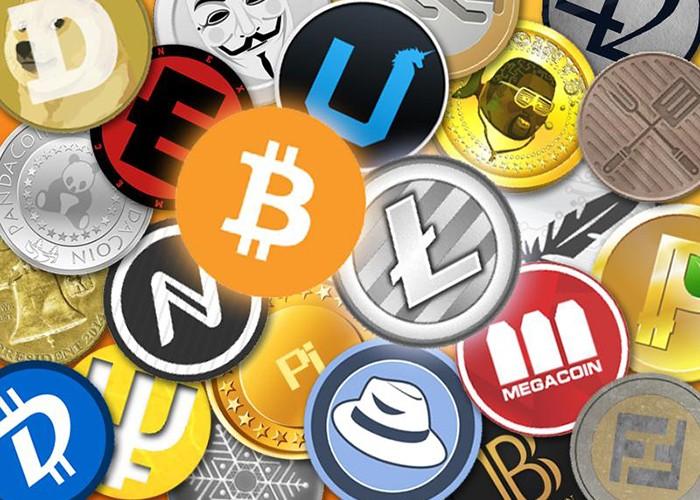 The currency itself hold value based on supply, demand and trust, so no different to our currency we use. Some however may be backed by company assets such a dollars, gold or loans.

Cryptocurrencies use a system of encryption to regulate the movement of the currency, control and verify transactions, and in some cases generate new crypto coins.

In most cases it’s anonymous so can be hard to trace transactions to a single user.

They mostly run without the need of a centralised bank and payments are sent through the network of users on the system.

Cryptocurrencies can not be reversed, once a payment is made through the cryptocurrency network the funds can not be recovered or reversed, this can be problematic for people buying
goods or services from unknown or untrusted sources. However as a seller you are immune from the scammers and untrustworthy buys who chargeback and reverse payments to get goods and services for free.

Due to the anonymity and irreversible payments the criminal activities have adopted using cryptocurrencies, but as cryptocurrencies are now more mainstream it is not just used by criminals and many big companies and genuine businesses are accepting this new form of payment.

Recently PayPal has announced they will be getting involved in Cryptocurrency, Facebook is creating their own. Large Investment firms are holding positions and even some countries are creating their own or adopting coins to use.

Bitcoin is the most well-known and popular currency of all the cryptocurrencies and is accepted as being the first.

Officially Bitcoin started in January 2009 but was not very popular at the start, and it was not worth a lot in the beginning. It was created by an unknown group of programmers under the name of Satoshi Nakamoto, and the smallest value of Bitcoin is named after this.

However, sometimes you will see it with more that 8 decimal places, examples of this is CryptoTab, this is so you can see it’s working.

Bitcoin was the first cryptocurrency to use what is known as a “blockchain”. The blockchain is a public ledger storing all of the transaction records, so when a new transaction happens it is recorded on the public block chain.

Each block in the Bitcoin blockchain happens approximately every 10 minutes and contains several transactions. The block is created by a network of computers called “miners”, and when each block is created a reward of newly created Bitcoins is given to the miners, this encourages miners to mine and keep the network of transactions running smoothly.

There is something that happens to the reward, and that is that it halves meaning the reward for solving a block gets halved and the difficulty to solve a block increases.

WHAT IS AN ALT-COIN?

Since the original Bitcoin cryptocurrency there has been many other cryptocurrencies that have been created, these are collectively know as “Alt Coins” meaning alternative coins.

So, any crypto coin that in not Bitcoin is known as an Alt Coin. Most of the Alt Coins are basically copies of the original Bitcoin and use the same “blockchain technology”.

But not all of the coins are versions of Bitcoin, some of the currencies have copied the technology and tweaked it or changed parts of it to make new different features available in the new
currency.

Most alt coins use a different encryption algorithm. Bitcoin being SHA-256. One such as Litecoin uses scrypt.

Also some of the Alt Coins have been built from scratch and each Alt Coin has its own merits, so before trading, mining, buying or selling in a new coin it is worth doing some research first. There are new coins being created all the time and are too many to write about in depth.

WHAT IS CRYPTO MINING?

Most mining today runs on specially adapted machines called ASICs or FPGA although some coins are mined on mining rigs.

Miners generally get a reward for mining, either by transaction fees or blockchain rewards or even both.

Trying to not get too complex; Miners are essentially solving a complex mathematical task to produce the transaction records this is also known as “Hashing”, this hashing occurs millions of times a second and most of the hashes are incorrect, only the correct hashes get added to the block.

Subscribe to our weekly newsletter below and never miss the latest product or an exclusive offer.